It was with sadness that we learned of the death on January 17, 2022 of D.C. Huffman, former Executive Vice-President of the American College of Apothecaries, American College of Veterinary Pharmacists, and the ACA Research and Education Foundation.

In recognition of D.C.’s lifetime of service to pharmacy, the American College of Apothecaries Research & Education Foundation posthumously named him the recipient of the 2021 Lifetime Achievement Award at the 2022 ACA | ACVP | PPHI Annual Conference and Expo at the Wyndham Grand Rio Mar in Rio Grande, Puerto Rico on Feburary 24, 2022. This award was first given in 2014 to honor a member who has continually dedicated himself or herself to the advancement of the profession of pharmacy.

During his career as a pharmacist, D.C. served the profession in several different positions. He was a Professor of Pharmacy Administration for more than twenty years at the University of Tennessee College of Pharmacy including seventeen years as Department Chairman and four years as the Administration Vice Chancellor for the Health Science Center campus. D.C. served as Senior Vice President for Pharmacy Practice and Management Services for the National Community Pharmacists Association and was Executive Director of the NCPA Foundation

D.C. joined the American College of Apothecaries in 1971 and served the College for almost forty years until his retirement in 2010.  Hiring D.C. as the new executive secretary and moving the ACA office to Memphis, Tennessee from Washington, D.C., had a financial advantage for the College: support from the University of Tennessee College of Pharmacy staff for ACA duties.  In response to D.C.’s timely efforts, in 1972, ACA President Joe King commended D.C.  for bringing the College “through the valley of the shadow of death,” and likened him to an “iron man in performing on the faculty of University of Tennessee without relief and also as Executive Secretary of ACA.”

With the College’s operations under control, the development of various programs increased, and the College began to provide a multitude of services. During D.C.’s tenure, ACA developed the Standards of Practice for Fellows, supported the development of community pharmacy residencies, and was a founding member of both the Joint Commission of Pharmacy Practitioners in 1977 and the Pharmacy Compounding Accreditation Board in 2004.

D.C. played a key role in the establishment of the American College of Veterinary Pharmacists in 1998 and the ACA Research and Education Foundation in 1983. He led the fundraising efforts in 1997 to acquire the ACA Resource Center and establish the ACA National Training Laboratory.

Throughout his long career in pharmacy, D.C. had a profound impact on the profession and received a number of honors and awards, including being awarded the John W. Dargavel Medal from NCPA and the Shelby Rhinehart Public Service Lifetime Achievement Award from the Tennessee Pharmacists Association. 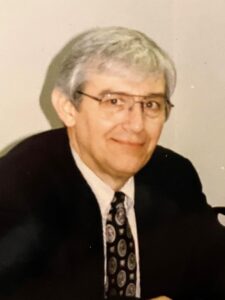