The American College of Apothecaries presented the 2015-16 Albert E. Rosica, Jr. Memorial Award to Sharon Sherrer of Marietta, Georgia at the College’s 2016 Fall Pharmacy Conference at the Marriott St. Louis Grand in St. Louis, Missouri. The award, established in memory of Albert E. Rosica, Jr., a Past President of ACA, is presented each year to a pharmacy practitioner for his or her contributions to pharmacy education through participation in pharmacy clerkship programs, serving on various college committees, teaching, working with the alumni association, and making other contributions to academic programs.

With over thirty-seven years as a practicing pharmacist, Sharon Sherrer has experience in many aspects of the profession including chain and community, clinical and consulting, and hospital and research.  As an independent pharmacy owner, Dr. Sherrer is a partner in several pharmacies in Marietta, Georgia.

Dr. Sherrer is a 1979 graduate of the University of Georgia’s School of Pharmacy and a 1984 graduate of Mercer University’s Southern School of Pharmacy where she received her Doctor of Pharmacy degree.  Dr. Sherrer has served as a Preceptor for Mercer University since 1985 and has been active in the Alumni Association, serving as President in 1990.  She has consistently served in pharmacy initiatives and organizations locally, statewide, and on the national level.  She served as President of the Georgia Pharmacy Association in 2007 – 2008 and in 2014 was named Honorary President of the National Community Pharmacy Association in 2014-15.

H.W. “Ted” Matthews, Dean of the College of Pharmacy and Senior Vice-President for Health Sciences at Mercer University, commended Dr. Sherrer’s dedication to pharmacy students. “Dr. Sherrer has volunteered her time and expertise for over 25 years to mentor students who have a passion for community pharmacy.” Dr. Sherrer also serves as a guest lecturer at the Mercer College of Pharmacy and on the College’s Experiential Education Advisory Board and Alumni Association Executive Committee.

The American College of Apothecaries is honored to recognize Dr. Sherrer for her contributions to the future of pharmacy. 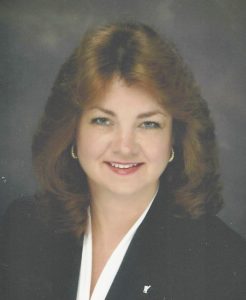